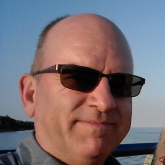 Research on the parasites of fish

Dr. Jones is the lead scientist in the finfish parasitology program at DFO's Pacific Biological Station. Parasitology research falls into three broad areas: biodiversity, life cycle studies, and host parasite interactions. The program also addresses the extent to which parasites are transmitted between wild and farmed salmon populations, and the consequences of this transmission.

The parasite biodiversity area identifies novel parasite taxa and improves knowledge on the distribution and abundance of existing parasites that present risks to the health of commercially valuable salmon. Some recently described parasites that are new to science or to British Columbia include Parvicapsula kabatai and Sphaerospora elwhaiensis, parasites of the salmon kidney, andFacilispora margolisi and Desmozoon lepeophtheri, both parasites of sea lice, which are themselves parasites of salmon. In addition to light and electron microscopy and molecular biology, novel parasite diagnostic strategies are developed to aid this research. For example, diagnostic antibodies harvested from the eggs of immunised chickens are used to identify species of Loma, which are important gill parasites of fish. The life cycle studies area uses controlled laboratory studies to identify factors that are important in regulating parasite transmission. Recently established laboratory models for the transmission of salmon lice have shown that species of Pacific salmon differ significantly in their susceptibility to this parasite. The research also provided the first evidence that locally abundant sticklebacks are highly susceptible to the salmon louse, confirming field observations.

The host-parasite interactions area uses immunological and molecular biological tools to assess the consequences of parasite infections on salmon. The differential susceptibility to sea lice observed among salmon species is now known to be related to different biochemical pathways that occur in the skin and kidney.