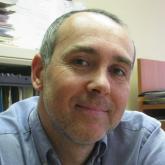 I coordinate a research program on 1) Preslaughter management of pigs and its effects on animal welfare and meat quality and 2) Validation of indicators for the reliable assessment of stress response preslaughter and prediction of meat quality variation.

Livestock handling and transport are major issues for all of the agricultural animal industries in Canada at this time. The interest of the Canadian pork industry is based on the need (1) to reduce profit losses due to mortality rate during transport to slaughter and carcass trim losses and restrictions on marketing, particularly for exporting poor quality pork, and (2) to market animal welfare and high quality certified pork. These objectives can be met by developing novel, reliable and easy to use under commercial conditions animal welfare monitoring tools. These issues are the objectives of Dr. Faucitano’s current research program and meet two objectives of the AAFC Science and Innovation Strategy Plan, in terms of increasing productivity and food quality attributes.

3) Associate editor of the Canadian Journal of Animal Science

4) Supervision of 10 Master and 11 PhD students, and 7 post-doc fellows and participation in the evaluation of 16 thesis dissertations.

B.Sc. in Science for Animal Production, University of Bologna, Italy, 1990

Recipient of the Canadian Society of Animal Science Award in Excellence in Nutrition and Meat Science., 2015.

Participation in the following international projects:

1) Study of the impact of preslaughter handling on welfare and pork quality in pigs. Funded by Embrapa (Brazil)

2) Study of the efficiency of different slaughter systems, in terms of animal welfare and beef quality. Funded by UNESP (Brazil)

3) The role of cognitive bias in animal emotions, its effect on animal welfare and meat quality and the search for potential biomarkers of ante- and peri-slaughter stress factors. Funded by the Ministerio de Ciencia y Investigacion de España (Spain)

4) Analysis of insulin-like growth factor binding proteins in plasma from slaughter pigs after transport. Funded by the German Ministry for Science and Technology/Ligandis Biomarker Research (Germany)

5) Effects of temperament of beef cattle kept in feedlot at different space allowances on growth performance, and carcass and meat quality traits. Funded by FAPESP (Brazil)

For a complete list of publications, please visit: AAFC Online