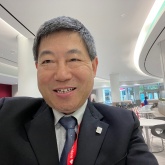 I have worked at Health Canada and Public Health Agency of Canada (PHAC) over 20 years. Before joining in Health Canada, I was a full time professor at Department of Epidemiology at a world recognized medical university in China.

Currently I am in charge of Cells, Tissues and Organs Safety Surveillance System (CTOSS project) at Centre for Communicable Disease Prevention and Control at PHAC. Although the occurrences of tissue-related adverse events are rare events in Canada, the recipient’s safety is of great public health importance. We have applied different epidemiological methodologies to monitor and trace the adverse events, those methodologies works well for surveillance of ocular tissue-related adverse events. We will put more efforts to enhance follow-up outcomes among musculoskeletal tissues and cardiovascular tissues.

I was born in Hubei province of China, a province with lots of lakes and rice-rich lands. I received 5-year medical training at Tongji Medical University from 1979-1984. After my graduation from medical school, I earned my Master Degree in Epidemiology in 1987 and PhD Degree in Epidemiology in 1990. I became a full-time professor at Department of Epidemiology in December of 1996 at the same university. At that time, I was still young & ambitious and I tried to learn academic knowledge around the world. I was invited by German Academic Exchange Center in January of 1999 and worked as a visiting professor at the Institute of Hygiene and Occupational Medicine at University of Rostock until December of 2019.

My first job at Health Canada began in April of 2000 and I worked as a senior Epidemiologist at the Division of Blood-Borne Pathogens at LCDC. During the past 18 years, I participated in series of programs on prevention and control of communicable diseases and was trained well in data-depth analysis and synthesis. The jobs at SARS Special Form Team in 2003 and H1N1 Task Force Team in 2009 have impressed me deeply. During 2020-2021, I also participated in a series of emergency response to COVID-10 pandemic in Canada, including COVID-19 Task Force Team.