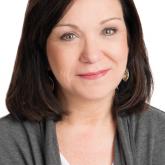 To examine the bioactive components in cereal grains (barley, oat, wheat, and others) and pulses, and their impact on human health; to determine the effect of processing on functionality and health benefits of grain and pulse based foods.

Investigating the effect of pre-harvest glyphosate on quality of milling oats.

Evaluating the effect of processing methods, genotype and environment on the extractability of protein from oats and characterizing physiochemical and nutritional attributes of oat protein.

Investigating the effect of heat treatment on the storage stability, functional properties and sensory and microbial quality of food grade canaryseed groats and flours.

Determining levels of free asparagine (a precursor for acrylamide formation in baked foods) in Canadian Western Red Spring wheat varieties, and to identify effective mechanisms for its reduction.

1980    Bachelor of Science, Department of Food Science, University of Manitoba

2016    Mentor of the year award in recognition of outstanding contributions to the Sanofi-Aventis BioTalent Challenge.

2012    Accuracy Award for Analysis of Dietary Fiber, for the most accurate and precise results in 2011 for insoluble, soluble, total dietary fiber and beta-glucan.

2012    Recognition of Analytical Performance in Analysis of Dietary Fiber, with an "Outstanding Accuracy and Precision" rating for 2011 for insoluble, soluble, total dietary fiber and beta-glucan.

2010    AAFC Instant Award for achieving the Guinness world record for the biggest bowl of oatmeal, and the success of the 2010 CIFST-AAFC Conference and AAFC Food Network Meeting.

2010    Guinness World Record for the biggest bowl of oatmeal.