A link between soft scald in storage and water stress during development is discovered in a highly valued apple variety. 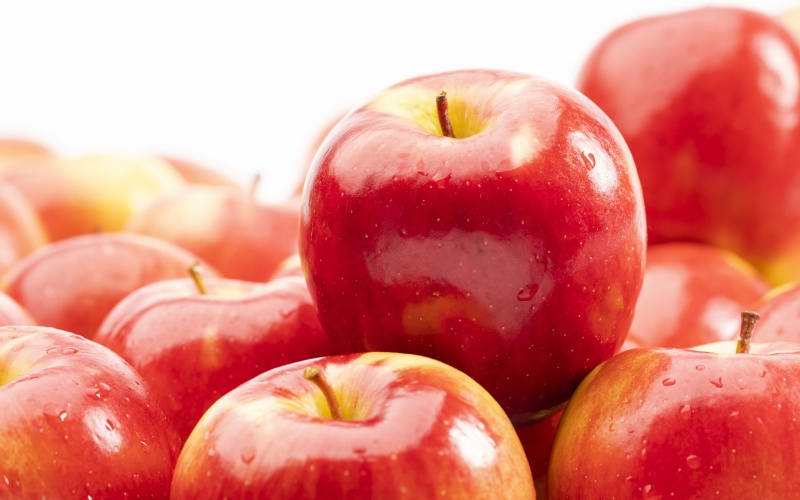 The popular Ambrosia™ apple, named for “food of the gods” in Greek mythology, makes up a third of the apples grown in BC, generating a farm gate value of over $12.5M.  With a sweet honey flavour and light flesh that is slow to brown, it lives up to its name and can still be crisp, juicy and full of flavour in the middle of winter, as long as the apples do not succumb to a common storage disorder known as soft scald.  Soft scald has plagued growers of susceptible apple varieties and challenged scientists searching for solutions, so it is exciting that a research team at Agriculture and Agri-Food Canada (AAFC) has discovered a connection between orchard irrigation and soft scald for Ambrosia™ apples.

Reducing irrigation from mid-July until harvest will result in high levels of soft scald in Ambrosia™ apples. --Changwen Lu

When do we see soft scald?

After apples are harvested they are typically chilled to below 3oC to keep them tasty and firm well into winter. This allows apples to be exported to oversees markets and appear on grocery store shelves until the spring. Unfortunately, Ambrosia™ apples can develop an injury known as soft scald when stored at these temperatures or left too long on the tree; brown bruise-like spots can spread over their skin and penetrate into their light flesh, making these once delicious apples inedible.

Ambrosia™ growers store over 50 million pounds of apples in Canada a season, with a market value of approximately $100M, for distribution throughout the year. Growers are devastated when they see their expensive crop turn to waste as early as one to three months after harvest, with damage intensifying with longer storage. A great deal of effort has been made to understand the cause of soft scald and find potential cures, which have often evaded scientists. Changwen Lu and Peter Toivonen of the Summerland Research and Development Centre, AAFC, are excited to have pieced together part of this complex puzzle.

“We had a moment of serendipity,” reported Changwen Lu, the biologist leading this project. “While we were testing quality and storage conditions for another research project, we noticed certain orchards had high levels of soft scald, while nearby orchards did not. One orchard with historically high levels of soft scald changed their irrigation practices that year and didn’t get soft scald. We wondered if irrigation could be an important factor in preventing soft scald and designed a new experiment to test our hypothesis.” This astute observation paid off, as the team discovered that soft scald in Ambrosia™ is linked to stopping irrigation before harvest. The longer the apple trees are left without water, the more likely the apples are to develop soft scald in storage.

“Many growers of Ambrosia™ apples use row covers on the ground to synchronize red blush development in their crop. We found that the type of material used for row covers was critical in avoiding soft scald,” Mr. Lu explained. “A solid film, such as Mylar®, did not let the water through and stressed the apple trees, resulting in severe soft scald in storage. Meanwhile an open-weave white polyethylene fabric allowed most of the irrigation water to flow into the soil, and we did not see much soft scald at all in those stored apples.”

Bringing the research to orchards

But it is not as simple as just adding more water; the development of apples is dynamic throughout the season and timing of irrigation is critical. “Reducing irrigation from mid-July until harvest will result in high levels of soft scald in Ambrosia™ apples.” Changwen Lu emphasized. “Long-term water shortage triggers soft scald. However, too much water when the fruit is forming in late June to mid-July will reduce the quality of the apples in storage by reducing their dry matter.”

So it is a balancing act: apply plenty of water in May to mid-June during budburst and flowering, allowing for cell division, calcium uptake and key photosynthesis, then reduce irrigation as the fruit develops in late June to early July to encourage dry matter accumulation, which is critical for high quality flavourful fruit, then apply full irrigation mid-July to mid-September to ensure the apple trees are free from stress during this time of high water demand.

It takes skill, attention to detail and patience to balance the correct irrigation with the conditions of each individual orchard and the changing conditions of each growing year, but the reward of being able to bite into a crisp, honey-flavoured, juicy apple in the middle of winter is worth the effort. A stressed tree does not produce a good apple, but skillful water management in the orchard will ensure high-quality Ambrosia™ apples that survive storage and allow us to feast on the “food of the gods” all winter.

The Science of Summerland: Highlights from a Research and Development Centre